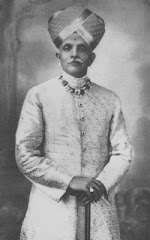 In the early spring of 1921, the Roman Catholic bishop of Mysore, in southern India, was invited by the local Maharajah to attend an exhibition of fire walking at his summer place. The performance was set for 6 PM, but the bishop, Monsignor Despatures, who was eager to witness both the event and all the preparations for it, arrived at the palace early. The master of ceremonies was a Muslim from northern India, and on his instructions a trench some 13 feet long, 6 feet wide, and nearly a foot deep had been dug. On the instructions of the Maharajah, however, who seems to have been as suspicious of the whole affair as the bishop, the Muslim himself had not been allowed to have any hand in the actual preparation of the pit. As far as Monsignor Despatures could tell, the fire walk had no religious overtones but was regarded, at least by the educated Indians present, as no more than a spectacle or curiosity.
In due course a fire was lit in the trench, and the heat produced was so great that the Maharajah, his family, and guests could sit no closer than 25 yards from the trench. The account continues in the bishop’s words:
The Mohammedan, according to Indian usage, came and prostrated before the sovereign and then went straight to the furnace. I thought that the man was going to enter the fire himself, but I was mistaken. He remained about a yard from the brink, and called upon one of the palace servants to step into the brazier. Having beckoned to him to come forward, he made an appeal into which he seemed to put all his powers of persuasion, but the man never stirred. In the meanwhile, however, the Mohammedan had drawn closer to him, and then unexpectedly taking him by the shoulders he pushed into the little lake of glowing ashes. For the first moment or two the Indian struggled to get out of the fire; then suddenly the look of terror on his face gave place to an astonished smile, and he proceeded to cross the trench lengthwise, without haste and as if he were taking a constitutional, beaming contentedly upon those who were standing round on either side of him. His feet and legs were perfectly bare. When he got out, his fellow servants crowded round him to ask what it felt like. His explanations must have been satisfactory, for one, two, five, and then ten of the palace household plunged into the trench. After this it was the turn of the bandsmen of the Maharajah’s band, several of whom were Christians. They marched into the fire three by three. At this juncture several cartloads of dried palm-leaves were brought down and thrown upon the embers. They blazed up at once, breaking into tongues of flame higher than a man’s head. The Mohammedan induced others of the palace servants to pass through the flames and they did it without taking harm. The bandsmen went through a second time, carrying their instruments in their hands and with their sheets of music on top. I noticed that the flames which rose to lick their faces bellied out round the different parts of the instruments and only flickered round the sheets of music without setting them on fire. There must, I think, have been two hundred people who passed over the embers, and a hundred who went right through the middle of the flames. Beside me were standing two Englishmen, the head of the Maharajah’s police force (a Catholic), and a civil engineer. They went to ask the royal permission to try the experiment themselves. The Maharajah told them that they might do it on their own responsibility. Then they turned to the Mohammedan and he motioned to them to go forward. They crossed without any sign of burning. When they came back into my neighbourhood, I asked them what they thought of it. “Well,” they said, “we felt we were in a furnace, but the fire did not burn us”. When the Maharajah stood up to mark the close of the proceedings, the Mohammedan, who was still standing close to the trench, fell writhing upon the ground, as if in an agony of pain. He asked for water; they brought it and he drank greedily. A Brahmin who stood near me remarked: “He has taken upon himself the burning of the fire”.
Two weeks later the Muslim gave another exhibition in the city of Mysore, at which
many people walked through the fire with impunity. But at the end of the event, after the maestro had warned that no one else should make the walk, three people forced their way into the trench. They were badly burned and had to be hospitalised. In conclusion, the bishop wrote:

I was in full possession of my faculties. I went round the trench before the proceedings began; I went back to it again after all was over; I spoke with those who passed through the fire, and I even said a Hail Mary or two with the view of arresting any exhibition of diabolic power……..It was beyond doubt a real burning fire which consumed the charcoal and sent up in flames the cartloads of palm leaves that were thrown upon it, but it was a fire which had lost its power of injuring those who crossed it and all that they took with them….How can we account for it all? I do not think any material cause can explain it. No expedient, at any rate, had been employed to produce such an effect. I am forced to believe in the influence of some spiritual agency which is not God.
Monsignor Despatures’s description of this event was made in a letter to Olivier Leroy, the French author of a study of such cases entitled Les Hommes Salamandres (“Human Salamanders”). With the bishop’s permission and help Leroy checked the story with others who had been present. All agreed with the main points of the bishop’s story but differed in some details. An Englishman named Macintosh, for example, estimated the length of the trench as being 4 feet wide, 15 feet long, and 5 feet deep. Leroy also discovered that a Mr. Urs and a Mr. J. C. Rollo, the principal of Mysore College, kept their boots on to negotiate the fire. Neither pair of boots was damaged, and neither man experienced any burning sensation. (Herbert Thurston, The Physical Phenomena of Mysticism, pp. 187-89)

Posted by Dr Bhagirath S N at 5:56 PM No comments: 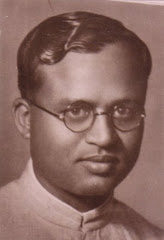 Theerthapura Nanjundaiah Srikantaiah (Kan: Ti. Nam. Sri) was born on 26 November, 1906 in Theerthapura village, Tumkur district. His father was Shanbog Nanjundaiah and mother Baluvaneeralina Bhagirathamma. He lost his mother at the tender age of 9 and was raised by his aunts on either side of the family. These women tried to fill the void left behind by his mother. This probably contributed to his affectionate demeanour and caring attitude towards womenfolk all through his life. This trait comes to the fore in many of his later works such as ‘Hennu Makkala Padagalu’, Essays on ‘Attimabbe’, ‘Keregehara’ and ‘Mahadeviyakkana Kelavu Vachanagalu’.

Early years
T. N. Srikantaiah had his schooling at Theerthapura, where he passed his lower secondary exam in 1916. His middle school education was completed at Chikkanayakanahalli after which he joined the Tumkur Government Collegiate High School in 1919 for his High School education.

In his home town, a gentleman by name Bhyrappa had established a small circulating library at his house. He was affiliated to the Agricultural Training School. In this circulating library, Srikantaiah stumbled across periodicals like ‘Krishnasukti’, ‘Sadboha Chandrika’, ‘Madhuravani’ and some translations by Bindiganaville Venkatachar & Galaganatha. Srikantaiah had memorised many passages of Kalidasa’s ‘Raghuvamsha’ in his Sanskrit classes.

Much to his father’s displeasure, he had chosen Kannada as his second language. However, most of his early contributions to the school magazine were essentially in Kannada. He was an avid contributor to the school newspaper ‘School Folk’. Among his earliest articles was an English article titled ‘My Mother’. This article was well received by his teachers and peers. Another moving piece in memory of his childhood friend who had succumbed to the plague was titled ‘Mitramilapam’. Among his first poems, ‘Shokageethe’ in Kannada was an early testament towards his grasp of metre and scale.

Posted by Dr Bhagirath S N at 7:41 PM No comments: